HEART-TO-HEART TALK WITH PABLO ANDUJAR IN THE SPECTATORS’ AREA

26.10.2021, 20:21 #Interview #News #Best
On Tuesday, October 26, the first Tennis Talk with the entrant of St. Petersburg Open 2021 world №92 Pablo Andujar from Spain was held in the spectators’ area of SIBUR ARENA stadium. Alexander Sobkin, the host of the event, asked Pablo about his impressions of Russia, about his travels around our country (in addition to St. Petersburg and Moscow, Pablo visited Vladivostok) and the difference between Russian and Spanish mentality. Pablo demonstrated his knowledge of the Russian language, saying that “beef stroganoff eto ochen’ khorosho” (it’s his favourite dish of Russian cuisine). He also noted the incredible persistence of Russian tennis players, which helps them to get higher in the rankings. The Spaniard also told about a curious incident that happened to him when he mixed up the schedule at the Wimbledon and was late for his match.
After an informal conversation, Alexander Sobkin invited Pablo to play the game “True or False” as he was supposed to guess which of those facts named by Alexander happened exactly on the tennis player’s date of birth – January 23rd, 1986. Not guessing most of the answers, the tennis player was upset and said: “Pablo – ne khorosho.” But already in another quiz named “Who is older”, where he had to guess which of the two displayed tennis players were older, Pablo succeeded and was satisfied with his results. Just after the Tennis Talk Pablo Andujar signed virtual autographs for the fans.
Players 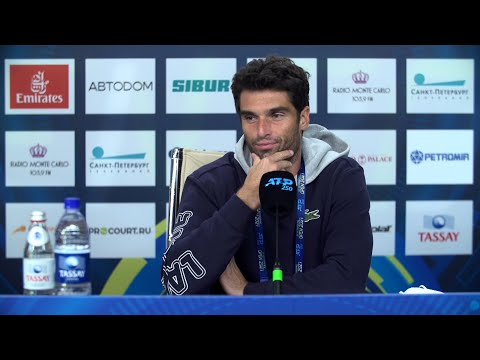 Pablo Andujar Open Talk St. Petersburg Open 2021
26.10.2021, 18:19 #spbopen2021
More news
SHOTA MIRILASHVILI, CEO WATERGEN RUSSIA: «The exquisite elegance of tennis is associated in full harmony with our company!»
BOTIC VAN DE ZANDSCHULP: «I HOPE RUBLEV WILL REMEMBER ME NOW»
MARIN CILIC: «I STILL HAVE THE ENERGY FOR THE SEMIFINALS»
ANDREY RUBLEV: «BOTIC PLAYED A GREAT MATCH AND WAS AT HIS BEST WHEREAS I JUST PLAYED AS USUAL AND IT WASN’T ENOUGH TO WIN»
JAN-LENNARD STRUFF: “I’D LIKE TO FLY OR TO MOVE THROUGH SPACE ON FLICK”
Share with friends!