The Open Talk meet with the champion of Olympics-2008 Elena Dementieva was held on September 21. Elena was offerd to play another  “The Secret Task” game – she was to comment on various video clips. The audience laughed heartily, they extremely liked Elena’s comments, especially on the “dog races” and the “Daniil Medvedev’s warm-up before the match with Nadal.”

After an ideally completed task, Elena was answering questions mainly about her today’s life and raising children. Elena said that her daughter Veronika is playing tennis and practicing figure skating, but Elena would most like to bring her daughter to tennis. She also noted that it would be interested to form a player from the very start – maybe even her own daughter. Her younger son Sergey watches his father playing (Elena’s husband is the famous hockey player Maxim Afinogenov), so he’s more interested in hockey. 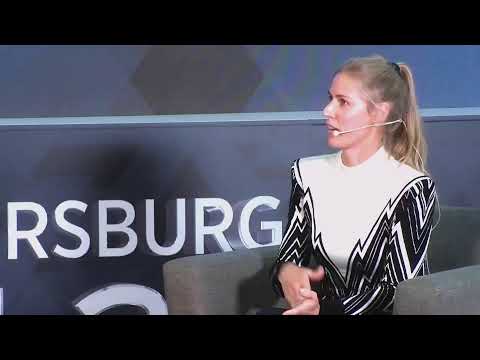 OPEN TALK ATP ST.PETERSBURG OPEN 2019
21.09.2019, 17:48 #SpbOpen2019#tournament
More news
SHOTA MIRILASHVILI, CEO WATERGEN RUSSIA: «The exquisite elegance of tennis is associated in full harmony with our company!»
BOTIC VAN DE ZANDSCHULP: «I HOPE RUBLEV WILL REMEMBER ME NOW»
MARIN CILIC: «I STILL HAVE THE ENERGY FOR THE SEMIFINALS»
ANDREY RUBLEV: «BOTIC PLAYED A GREAT MATCH AND WAS AT HIS BEST WHEREAS I JUST PLAYED AS USUAL AND IT WASN’T ENOUGH TO WIN»
JAN-LENNARD STRUFF: “I’D LIKE TO FLY OR TO MOVE THROUGH SPACE ON FLICK”
Share with friends!