What was the turning point of the match? Maybe the second game in the third set, when he had three break-points?

It was a moment missed, but then he also had to play well to break me after that. I think I could have made a lot more, especially in the third one of those, I had an easy shot, but it didn’t work out and he took advantage later on. I think it was pretty even all the way throughout, but he had an advantage and took it home.

Borna Coric played some very solid defensive tennis. How inconvenient as an opponent is he for you? Could you evaluate Borna’s chances in the finals against Andrey Rublev?

I think Borna is playing well. He played well on hard court events since we came back from the break from tennis throughout the spring and summer. Also the same has been going for Andrey, except that Andrey play better on clay courts. I think it’s going to be a pretty interesting match. The conditions here are good for both of them: they are not too quick to allow them to really get a shot at their own game and to get them in their own rhythm.

You said many times that you admire St. Petersburg and it was a shame that you didn’t have an opportunity for objective reasons to enjoy this beauty this year. Are we going to see you back here, so that you have another opportunity to appreciate the sights and the beauties of the city?

Yes, I’d love to come back. I’d love this tournament to continue to be in the ATP500 category to have even more reasons to come back. I might come back for tennis, but maybe I might also come back to make a trip on my own. Only time will tell. 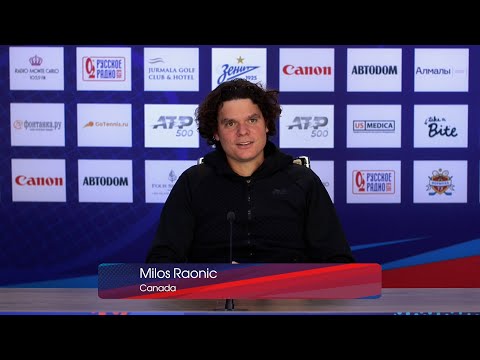