It was a hard match for you. What were the key moments of the match? When did you have a chance to turn the tide?

Yeah, it was a very tough match, definitely. There were two key moments –  the first set tie-breaker, when he played much better, was much more aggressive than me as well. And then in the second set when I broke him back, I was 3/4 down with a break. I was also losing head. To be honest I was a bit lucky that game. I just got back into the game. And I started to play a little better at the end. That’s it.

You visited Gazprom Arena with our Russian players. Did you like the event? Can you compare your level of tennis to your level of football? And who do you think is the best footballer among the tennis players you were at the arena with?

I liked the event. It was very funny as well. We had lots of fun. I don’t remember if I’ve ever been to the stadium on the pitch. I was once maybe. But it was a small one. It was something new for me, a very nice experience. And we were playing those challenges, what was also funny. I was there with Khachanov and other guys. Yeah, I enjoyed it much! You cannot compare my level of football and level of tennis. Not even close! (laughter) I’ve never played football. In my school I was playing football until I was 10 years old, but then I stopped, because I didn’t want to injure myself. I was playing a lot of tennis. I don’t know how to play football to be honest.  As to the best footballer among tennis players… Well, not Khachanov for sure! (laughter). I am just joking, he is a very nice guy! But I forgot who the best was, honestly.

You had problems with health, you’ve recently had injuries. How do you feel yourself right now? Do they bother you?

Yeah, you know, it was not a great summer for me, when I ruptured my back. I had to stop playing for three-four weeks. Then I was coming back from the injury. It’s not easy. I didn’t have much time to prepare all my body. I was going from one injury to another, then another. Because that’s how usually the body reacts. In America I was not one hundred percent healthy. At the US Open I just came to the point where I couldn’t move anymore. I had to take a 10 day-long break. Over the last 10-12 days I felt better, had many practice sessions, did lots of fitness. Also, fitness on court, what I have not done for the past 6 months. That was good. Also, today I had problems my left foot. But I think it’s nothing serious, just I am just getting used to long matches, playing under stress. I think everything is fine.

You have recently separated with your coach. Who is going to coach you in the near future? What goals do you set for yourself in terms of developing? How do you plan on reaching the top ranking?

At the moment my coach is Antonio Veic. He’s been coaching me as my second coach since April. He is staying with me for sure in the team. He is my main coach right now. I don’t have any goals right now till the end of the season.  Like I said, I’ve not played much tennis in the last three months. I just want to be healthy. I have six or seven tournaments to play, not sure. I just want to play tennis. And try to win some matches. I don’t have any ranking goals. But there is always something to work on. I see many things in my game which I can improve.

The Davis Cup finals will be played soon. Are you planning to play for your country? It will be a tie against Russia. What do you think of the Davis Cup reform?

Yes. I will compete there if I am healthy. This new format is good in a way. In the previous season I played something about 7 extra weeks of the tournaments. So that was really tough. And I think for every player who is playing the year end tournament in England, he loses four weeks of the preparation. I think from that point of view it was not easy. But it is also good that those empty holes in my schedule I can fill with trainings of my body. Plus, we won’t be playing at home anymore, in front of the home crowd. This very long tradition they had, for sure we going to miss that. But in a way it is also good because look at my example – I know how much it took me in the last year. I think this year a little better because of that.

Do you understand Russian? And have you tried to learn it? 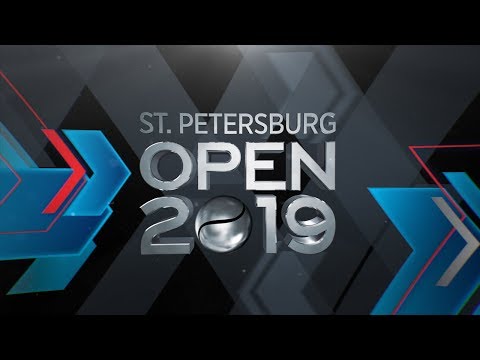 Tennis Talk ATP ST.PETERSBURG OPEN 2019
19.09.2019, 16:41 #SpbOpen2019#tennistalk#БорнаЧорич#video#tournament
More news
«СТАНДАРТУ КАТЕГОРИИ “500” НАШ ТУРНИР СООТВЕТСТВУЕТ УЖЕ ДАВНО”
‘FOR THE FIRST TIME ST. PETERSBURG OPEN WILL BE HELD IN RUSSIA AS AN ATP 500 EVENT. THIS WILL BE THE MOST SPECTACULAR AND PRESTIGIOUS TOURNAMENT IN OUR HISTORY,’ ALEXANDER MEDVEDEV
VLADIMIR KAMELZON TALKED ABOUT KEEPING SANITY AS A VERY ACTIVE PERSON DURING SELF-ISOLATION
ДУШЕВНЫЙ РАЗГОВОР C МАРАТОМ САФИНЫМ
Borna Coric: “Medvedev Found The Right Key To My Game”
Share with friends!